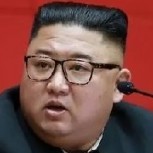 A 2,000-year-old rune stone found in Norway could be the oldest ever, and give a glimpse into ancient writing systems     The world's oldest runestone may have been found in Norwa